The Grateful Dead have announced a new streaming concert series “Shakedown Stream” that will feature a weekly live stream of one of the band’s classic live performances on the official Grateful Dead YouTube channel. The series kicks off this Friday, April 10, at 8PM EST with a screening of Truckin’ Up To Buffalo, their classic July 4, 1989 concert from Rich Stadium in upstate New York. The screening will be preceded by a live, on-camera pre-show with Grateful Dead archivist David Lemieux and historian Gary Lambert. The “Shakedown Stream” live broadcast will also feature a “Donate Now” button for viewers to directly support the MusiCares® COVID-19 Relief Fund to help support the music community during these challenging times.

“Shakedown Stream” was conceived as a platform for Dead Heads of all ages to virtually congregate during the challenging days the world currently faces and connect in a familiar way, via a Grateful Dead show. Fans are encouraged to submit questions for Lemieux and Lambert in advance at the “Shakedown Stream” submission page with a limited number being answered during the live pre-show.

“We've decided to start the streaming video series with the Buffalo '89 show for a couple of primary reasons: it's excellence is indisputable and is something that we think pretty much everyone will enjoy in the absence of actually being able to see live concerts; and, as a tribute to the many rabid, loyal Dead Heads from the hard-hit tri-state area, which has been affected more than anywhere else in the country,” says Lemieux. “To all of the Dead Heads in New York State and beyond, this one's for you.”

The “Shakedown Stream” series will continue next Friday, April 17, with The Grateful Dead Movie, and subsequent weeks will feature not only previously released concerts but also never-before-seen shows from the Dead's video archive. Each “Shakedown Stream” will also kick off with a live, on-camera pre-show with members of the Dead community. Additional shows will be announced soon.

Truckin’ Up To Buffalo features the band’s 21-song concert from July 4, 1989 and captures the Dead in peak form throughout the show. The passionate and energetic performance features Jerry Garcia on guitar and vocals, Mickey Hart and Bill Kreutzmann on drums, Phil Lesh on bass and vocals, Bob Weir on guitar and vocals and Brent Mydland on keyboards and vocals. The two sets include some of the band’s best-loved songs including “Bertha,” “Deal,” “Terrapin Station,” and “Touch Of Grey,” along with covers of Bob Dylan’s “When I Paint My Masterpiece” and “All Along The Watchtower.” The concert spans the band’s legendary career with performances of “Cold Rain And Snow” and “Morning Dew”—from the band’s self-titled 1967 debut—to “I Will Take You Home,” which was released a few months after the show on Built To Last, the band’s last studio album.

Social Distancing Channel is not reponsible for this content or descriptor. It is owned and maintened by the content author.

We're trying to bring us all a little joy with this not-for-profit site. If your event is listed and you'd like us to remove it, just email together@socialdistancingchannel.com and we'll do so.

Help us social distance and chill.

Let us know about any free event, show or class that we're missing from the lineup and we'll add it in. 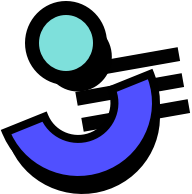 Thank you!
Your submission has been received!
Oops! Something went wrong while submitting the form.

Ⓒ 2020 Social Distancing Channel, all rights reserved. This site was created by Hunt, Gather as a not-for-profit service. All photographs used on this site are the exclusive property of the original artist or photographer. Please don’t sue us, this is just for fun in a non-fun time.